Every software tester should become a good developer of test ideas

This post is re-written and published on June 23, 2009 and the old post is left at the end.

The idea of "developer" seems to be misunderstood by many and I wasn't an excuse till a few years ago. You must have heard of Real Estate Developers. What are they doing? Are they writing programs on buildings? Well, the idea of a developer is someone who performs activities in building something or bringing something from an idea to a working or physically available form.


The value of thinking testers as developers of test ideas

However, we may start focusing on developing it by practicing skills like questioning with combination of vertical thinking, lateral thinking, logical thinking and more. 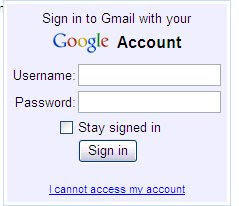 That's a familiar thing to you. A Gmail login section. Now, there are tons of possible tests we can perform on it but given a short span of time, how can we develop some good test ideas?

I am taking this challenge and giving myself just 10 minutes and let's see what I can do with it?
Every test is a question we ask to the product - James Bach
Now, that's 10 minutes over. In fact to be more precise, I took 10 minutes and 47 seconds to do that. So, I think I developed ideas on the fly and I used my skills that I talked about to come out with tests. That's valuable given the 10 minute constraint.

Tools: You migt have seen how me being aware of tools like Perlclip and TestersDesk helped me in coming out with tests that many other testers could not have come out with. These tools might not be as popular as your ( not mine ) QTP but they are more valuable than your QTP. However, I believe, "A fool with a tool is still a fool" -- Marshal McLuhan

Traditional Test Design techniques suck: Traditional boundary value analysis isn't any analysis. It is arithmetic of adding one and subtracting one from a given number but an ability to explore is something that a tester should be looking for no matter if boundary values are given or not.

Practice: I bet that more I practice the skills that I mentioned the better test ideas I might be able to come out with. So, you might want to ask me after an year what more valuable tests can I come out with in the same constraint of 10 minutes.

Look at how quickly I came out with test ideas and compare to my previous post which had only few good ideas. So, me and you play a role as a developer and tester. We just aren't conscious about it all this while, maybe.

"Pradeep, have you gone crazy? It is you who said in your previous posts that testers should develop passion towards testing and it is not good always for all testers to think of jumping into development".

I still remain the same, just that I did want you to read this entire post to make you understand why a tester should become a good developer.

_ Every tester should become a good developer _

Do you belong to the category of thinking that development means coding?

Testers do development, how many of you are aware of it?
Yes, as testers, you and me have done development.

"Pradeep, do you mean test automation?"
No but yes, inclusive of that.

Well, let me break the ice, it is late, I am aware.

Ah, now I am sure you would have got a better reason for going through this post.

One of the testers who is in touch with me posed me a question on chat, I am sure you would be interested to go through the whole discussion:

UPDATE: There was an original name instead of "Anonymous" till Sep7 2006 and the person sent me an offline shouting at me as its insulting him/her, since he/she searched his/her name in google and this post topped the search result. I am puzzled to as what made someone think a learning experience as an insulting one and hence have changed his/her name to "Anonymous". Long live such attitudes.

A Prodigius Article which is truelly Inspiring andDirect us to Think Innovative and Out Of the Box...
Thanks Pradeep

thanks for this wonderful blog.Your blog has made me better tester.

Its really nice to know that what are useful and useless test cases and the documents ...
one thing is sure if u r in Quality Assurance, one needs to work with lot more dedication and passion.

good job and I am impressed about this whole blog. you are a great tester.

Your blog is good
I got inspiration from you.

You are the real software tester on the Planet