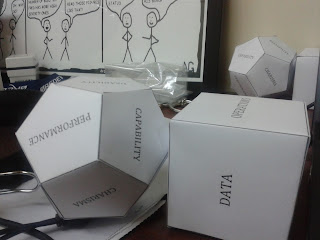 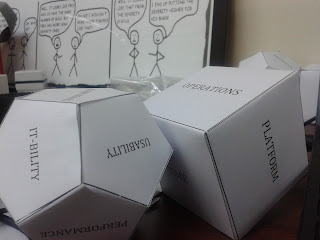 If I have missed anything interesting, I am hoping Shmuel and Rikard can't resist themselves to add their comments on this post.
Copyrights held by Pradeep Soundararajan 6 comments:

Oh my! I was reminded of this story. It is a hard to digest story for me but I can't just hold myself from telling it.

About two years back, I did work for a client in India and they had to pay me about a couple of thousand dollars. Meanwhile, a fresh college graduate who was trained by some testing institute came to me seeking help in getting a job. He convinced me that I should help him. I was emotionally touched by the way his parents struggled to help him complete his engineering bachelor degree course.

His parents were daily wage farmers in some village in Andhra Pradesh. His parents were getting paid something like 3 to 4 dollars per day and they used to save as much as they could in that money to help this guy study.

He also seemed to express interest in doing some creative style testing and thinking. Convinced that this guy needs an uplift in life, I called up my client and said, "The money you were wanting to pay me is important to me. It would make a small difference to my current life style but God has helped me be happy with what I have right now so I need to ask a favor from you. I know this guy, XXXXX , who needs a job to help his family in basic shape. So if you could give him a job and pay him what you owe me, I'd be more than happy to engage with you again"

The client was very open to the idea but checked with me that I am not making up my mind to gift him life because it comes at a cost. I thought I knew how much it would cost.

With a couple of thousand dollars, you could buy lots of things or be happy having it in bank. My wife and parents were proud of what I did. This guy thanked me for gifting him a great opportunity. I told him that he is being given an opportunity with his parents in mind and he needs to work really hard and learn to do very good testing. He nodded like a doll.

I was constantly checking with my client of this fella's progress. The client said he was good and I was happy that he was doing good. A couple of months later when I tried to check again  I found that this guy had not been performing as good as he used to be. He seemed to be enjoying his life more than learning and improving skills. I wrote to him about it but the response didn't seem to suggest to me that he was serious. We then watched him for a couple more days and I called up my client to ask them to fire him because they didn't do it thinking I'd be offended.

He was fired. He lamented about his mistakes over a call with me but it was too late. I lost my money and possibly the reputation I had built with this client. Its sad that I lost money and faith about people asking my help. It reminded me of the stories I read in Panchathanthra. They are so true even after 5000 years.

Well, it helps me become wiser but makes me nervous to help somebody who brings up the emotional angle. Decisions in life are always based on emotions or the lack of it and they are heuristics.

I am not telling all I have helped have done this to me but even if one does, it creates an imbalance to the way I was dealing about helping people. Passion to foster good testing and good testers continue to guide me take decisions like the one above. I hope I have enough strength and money to pursue my goals despite such cases. You never know how much your decisions are going to cost you. I am not pained at having lost couple of thousand dollars but feel sorry for that guy's parents. The last I heard from that guy, he still wasn't able to find another job.

Reminds me that sometimes opportunity knocks only once. Other times, we have to create it. If we aren't skilled, there is no way we can create opportunities.